Why Sponsor? What is in it for your company?

Over the past few months an increasing numbers of clients have realized that the BEE codes encourage them to train unemployed learners as well as their employees. Some of the larger companies are finding it difficult to accommodate all these extra people onto their workplace. We are looking for companies to sponsor unemployed people on a variety of learnerships.  We will undertake that the learners are linked to the company and can then be counted as learner numbers and skills spend for BEE score.

The sponsoring client will be paying the full cost of the learnership programme plus a minimum R2500 pm stipend directly to each learner. Sponsoring learnerships correctly can produce BEE points. In addition, grants from SETAs and Tax allowances may offset most if not all of the costs involved.

Our skilled project managers find host companies for unemployed learners which often leads to learner employment.
One such success story is PONDOLAND Brands who grew their business with the extra people sponsored by Cecil Nurse, GQ Tissue and SAMSUNG

An excerpt from article written by Alan Straton in December 2017 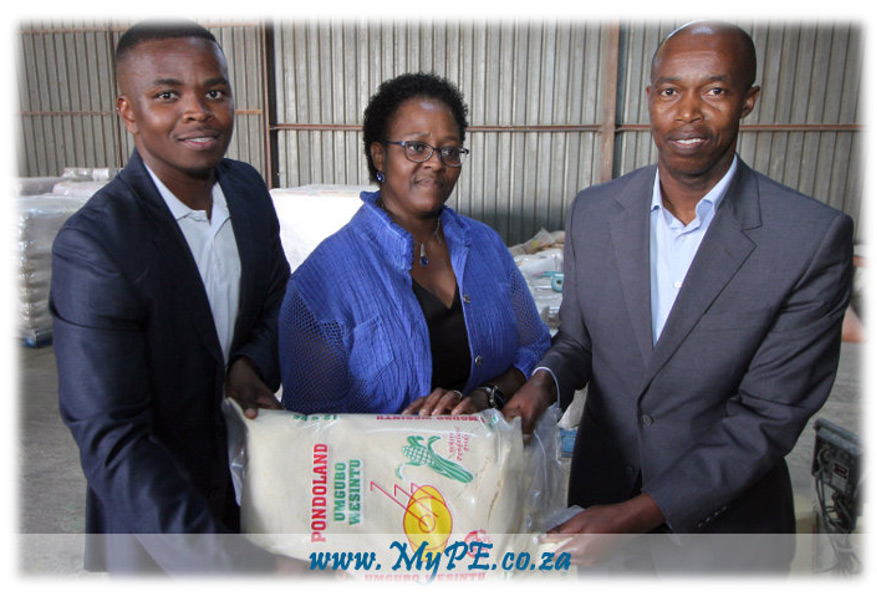 Pondoland Brands was founded by Xolela Makabane. Pondoland Maize which started operating in December 2010, started supplying the Spar Group as well as Bargain Wholesalers mainly in KwaZulu/Natal. He is also at the final stages of off-take agreement negotiations with Pick ‘n Pay to supply the retailer with their Pondoland Broiler Pallets animal feed.

“When I started the milling plant in 2010 it was located in my mother’s garden. The processing plant had a 200kg capacity per hour employing four people at the time. We were doing about 20 tons a month.”

It’s funny now but after we produced our first 200 bags of maize meal we suddenly realised we had no one to sell the products too which was a valuable learning curve. We then decided to target SASSA grant pension pay out points in the major Transkei towns and sell our products there. That was the turning point because our market started telling us that they didn’t want super maize meal from us, they wanted sifted yellow maize meal to use for traditional purposes and Umgubo Wesintu was born in response to market demand.

Pondoland Maize’s first big break with Boxer came when in 2014 a woman went to the local Flagstaff Boxer store and demanded from the manager that he sells them Umgubo Wesintu. When a second customer made the same demand he looked for Makabane’s contact details and advised him to approach the Boxer Head Office in order to be listed as a supplier which was successful within three months, Pondoland Maize was supplying all 17 of Boxer’s Transkei stores.

Xolela is in the process of starting up a second factory in KZN. He requires 15 employees to work in the packaging factory and a further 60 merchandisers in rural areas around KN and Eastern Cape.

Xolela has already recruited potential learners as his vision is to give back to the community, and give them the opportunity to make more of themselves despite their very rural upbringing.

RURAL KZN
Thanks to sponsors; Rangewave, StonCOR, MWR, Clyde & Co, Bridging Technologies. All our learners graduated with a qualification and many were retained by the host organisations where they were placed for their practical experience.

For Further information or to arrange an appointment to discuss your company’s needs please contact: